The Works of Carlos V. Francisco

Carlos V. Francisco (1912-1969), popularly known as "Botong", was a distinguished muralist from and best known for his historical pieces. Also known as the Poet of Angono, Rizal he single-handedly brought back the art of mural painting in Philippines. He was one of the of the modernist artists together with Galo Ocampo and Victorio Edades known as " The Triumvirate" who broke away from romanticism style of Fernando Amorsolo's Philippine Scenes.
He went to School of Fine Arts in University of the Philippines, although he came from the same school of arts as Amorsolo, he did not follow the traditional style but developed a modernist style. After the 2nd World War, he taught in School of Fine Arts in University of Santo Tomas at the same time working with Manuel Conde for cinema. He worked as scriptwriter for films such as "Ghengis Khan", "Putol na Kampilan", and "Tatlong Labuyo". He make costumes design also for films "Romeo at Julieta", "Prinsipe Tenoso", "Ibong Adarna", "Siete Infantes de Lara and "Juan Tamad" series.
His major works includes Portrait of Purita, The Invasion of Limahong, Serenade, Muslim Betrothal, Blood Compact, First Mass at Limasawa, The Martyrdom of Rizal, Bayanihan, Magpupukot, Fiesta, Bayanihan sa Bukid and Sandugo. His major masterpiece is the mural for Bulwagang Katipunan of the Manila City Hall.
He was the second Filipino who received the title of National Artist in Painting in 1973 after Fernando Amorsolo. Among of his awards are first prize for his work "Kaingin" at the annual Art Association of the Philippines, "Most Outstanding Alumnus" in 1959, and Republic Cultural Heritage Award in 1964. 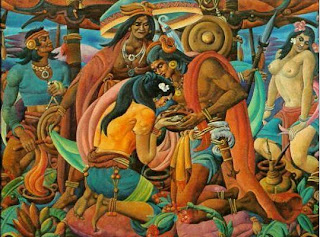 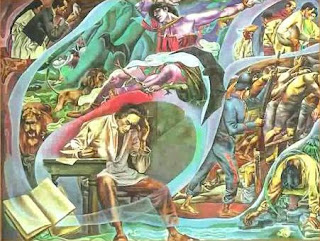 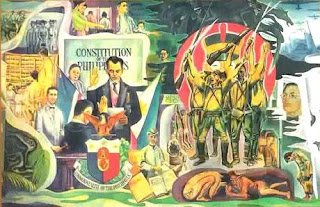 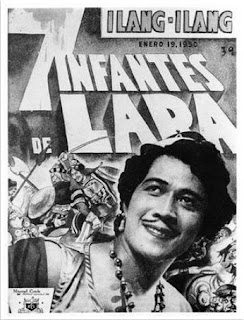 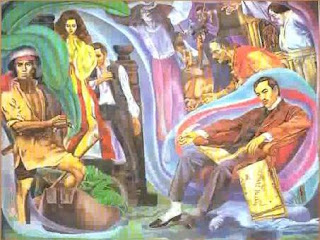 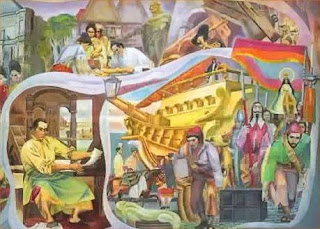 watcher
I'm a Filipino who loves everything in Philippines